1.Benefits of exclusive territories for franchisors and franchisees

It is common for franchisors to grant exclusive territories to franchisees.. Under an  exclusivity  clause, franchisors cannot enter into other franchise contracts within a certain area, described in the franchise agreement,  during the validity of the same agreement.

Most franchise networks operate on the basis of giving each franchisee their own exclusive territory. In fact, exclusivity can meet the interests of both the franchisor and the franchisees.

From a franchisor’s perspective, it avoids franchisees from the same network competing and potentially undercutting each other, which could devalue the franchise brand. Exclusivity is also functional to discouraging opportunistic behavior by franchisees, who – especially in the case where the fee is calculated through royalties as a percentage of turnover – could be induced to neglect the franchising activity by dedicating to similar and competitive activities.

On the other hand, franchisees are protected from competition from the franchisor or another franchisee within a defined area of operation. Therefore, exclusivity represents a significant incentive to contract for the franchisee, as it allows him not to suffer intra-brand competition of other affiliates or of the same franchisor in a certain territory or for certain sales channels, and gives him more guarantees to recover the investment costs in entering the franchise.

Offering exclusive territories to franchisees usually makes sense in the context of a franchise network. However, not all franchise businesses benefit from boundary restrictions. In fact, relationship-driven and referral-based businesses, such as professional services, may be negatively impacted by territory restrictions, as they often depend on the referrals that existing customers provide, and therefore a geographical boundary could hinder the success of the individual franchisees.

Ultimately, whether exclusivity is granted or not will depend on the type of product/service offering, the success of the franchised brand and whether it is particularly vulnerable to local competition.

An exclusive territory can be defined by a number of methods. The most common one is to define in the franchise agreement a certain radius from the franchisee’s location (POS); but also postal walks, postal codes, municipal limits and even natural boundaries can be used for such purpose. A territory can be also limited to one place, such as a shopping center.

The criteria to determine the optimum size of the exclusive are usually determined by demographic studies; but other factors can be taken into consideration, such as the effect caused by latent market demand – which increases the potential of the marketplace as consumer awareness of a particular product or service gains recognition – and the competitors’ presence in the market area.

Whatever the method, the franchise agreement should clearly define the exclusive territory. If not properly defined, it is possible for disputes to arise between franchisors and franchisees as to the precise extent of the territory.

Choosing the size and location of each franchisee’ territory can be challenging. The size of any exclusive territory does not dictate the ultimate success of the franchisee’s unit; however, it should be big enough to allow the franchisee to obtain the maximum performance from his or her unit, but not so large that it will prevent the franchisor from obtaining optimum market share.

In fact, a franchise system can be damaged by awarding too many franchises in one area – or too few. If a protected area is too small, there may not be sufficient sales potential for franchisees to be successful. Conversely, if the area is too large, franchisees might not be able to fully exploit the territory, leaving potential sales untapped. Franchisees often misunderstand the rationale that applies to the size of a territory, and consequently insist on a territory that it too large which can be a detriment, rather than a benefit, to them.

Many franchise networks aim to keep each territory the same, for uniformity needs; however, although it may seem attractive to a franchisor to keep each territory the same size, careful consideration needs to be given to the demographics and local geography of a particular area to determine its sales potential.For example, the Italian territory is very different; an area within a three mile radius in a heavily populated town, such as Milan, Turin or Rome, is very different from an area of the same size in a country side of south Italy.

Getting the size and location of protected territories wrong can be a costly mistake for franchisors, since once an area has been allocated to a franchisee, there is little scope to change it, at least when the franchise agreement is in force. On the other hand, well performing franchisees are often given the option to extend their exclusivity in adjacent territories. However, franchisors could be hesitant about making such a commitment, as it could be premature for the franchisee to acquire a second franchise at the time the franchisor wishes to expand.

Quite often, franchise agreements  grant the franchisor a reserved right to distribute products through what is generally referred to as “alternative channels of distribution” within franchisees exclusive territory. This means that although the franchisor may be restricted from awarding another franchise, or operating a company owned within the franchisee’s territory, he has the right to sell in such territory the products through other channels, such as on-line, kiosks, food trucks, shopping centers, airports, hotels, stadiums, amusement parks etc. This may constitute a heavy limit for franchisee’s protected territory, which must be carefully taken into consideration when signing a franchise agreement.

Moreover, franchisors usually wish to retain some flexibility in awarding exclusive territories to franchisees, therefore providing for the right to modify the exclusivity clause during the franchise agreement. This happens basically in two directions.

First, many franchise agreements contain a  provision that allows franchisors to place additional units in the territory if certain events take place, such as if the population growth exceeds a certain figure or percentage over a specified period of time, or if market conditions change.

Second, franchisors have the interest to maintain enough control over the element of exclusivity to motivate their franchisees. For this reason, many franchisors require franchisees to maintain specific sales levels or meet various performance criteria to keep their exclusive rights to a territory.

From a franchisee perspective, the right to operate exclusively in a given area is a significant part of the franchise fee paid to the franchisor when they chose to join the franchise network.

Therefore,  the threat of withdrawal of exclusivity or changes to the territory protected often constitutes an effective incentive for franchisees and a good resort for franchisors to correct any problems.

However, franchisees cannot be prevented from carrying out passive advertising, i.e., to promote their activity without specifically targeting customers in a particular area (as it usually happens with social media). Therefore, even where exclusivity is offered, it still may be diluted by passive advertising, so that franchisees are allowed to reach a prospective customer outside their exclusive territory.

Issues can arise when a franchisee receives an enquiry from a prospective customer outside of his exclusive territory. It is not always easy to deal with such an issue; for example, in case of networks that rely on customers travelling to the business (such as a fast-food outlet), it is very difficult to restrict use of franchisee’s outlets by customers.

The extent to which geographical issues arise is dependent on the nature of the business. For example, in the case of a network that provides services in the client’s home, it’s easy to establish which area a particular customer premises falls into. But complications arise when a client lives near the border between two territories. In that case, the client’s nearest franchisee may be the one in the neighbouring territory.

Networks that rely on customers travelling to the business may find it almost impossible to restrict which customers use which franchisee. For example, a client may live in one area and work in another. The franchise that they use could vary on each occasion depending on whether they are travelling from work or home. In these cases, exclusivity is usually limited to an agreement that the franchisor won’t allow any other franchisees to open business premises within the exclusive area.

In other terms, exclusivity is not automatically inserted in a franchise agreement; on the contrary,  it becomes part of the contractual regulation only if it is expressly provided for by the parties in the contract. This – distinguishes franchising from other similar agreements, such as distribution (agency) agreements, where the distributor must be given a certain exclusive territory to operate.

Therefore, in the absence of an express exclusivity clause, the franchisee cannot claim any rights in this sense, and there is no contractual liability on the part of the franchisor, should the latter make use of other distributors in the same territorial market in which the franchisee operates.

However, this does not mean that, even in the absence of exclusivity in favor of the franchisee, the franchisor can be considered absolutely free to organize his own distribution network, to the detriment of the affiliate’s interests.

In fact, if the franchisor, in the absence of a territorial exclusivity clause, adopts a sales policy providing for the opening of a sale point of another affiliate to very little distance from that of a pre-existing affiliate, thus compromising the interests of the latter, he is liable  for violation of the duties of correctness and contractual good faith. In other words, even in the absence of a territorial exclusivity in favor of the franchisees, the franchisor is obliged to preserve their interests, and to organize a distribution network in such a way as not to create unfair competition among the franchisees.

Franchising and e-commerce: can franchisors (legally) limit online sales and... 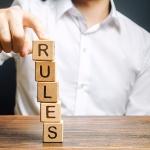 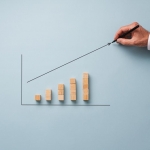 Franchising confirms to be increasing in Italy
Scroll to top
We and selected third parties use cookies or similar technologies for technical purposes and, with your consent, for other purposes as specified in the Cookie Policy. You can freely give, deny, or withdraw your consent at any time by clicking "Manage Consent" at the bottom of the page. You can consent to the use of such technologies by using the “Accept All” button or deny and close the notice by using the "Reject All" button. Settings