The 2020 Assofranchising survey, referred to 2019, confirms that in Italy franchising is one of the main sectors of Italian economy, with an average yearly increase of 5%. This is due to a number of reasons, such as that in Italy franchising has grown relatively later than other countries. The economic crisis caused by the Covid epidemic has been impacting deeply all also in Italy, but is having a limited effect on franchises, compared to other commercial activities. In this article we examine the main data concerning the franchising sector in Italy.

1. In 2019 franchising has further grown in Italy, according to the 2020 Assofranchising survey

Franchising has been constantly developing in Italy over the last 30 years, and is increasingly becoming a profitable investment, also for foreign franchisors.

According to the 2020 survey made by Assofranchising   the main Italian franchising association), referred to the year 2019, franchising is confirmed to be healthy and constantly growing. In fact, franchising is one of the main sectors of Italian economy, with an average yearly increase of 5%.

In brief, the Assofranchising survey shows that all the main franchising performance indicators in Italy are in sharp growth:

These positive numbers regarding franchising in Italy are not surprising, for  number of reasons:

We will examine these data more in detail in this article.

2. Franchising in Italy continues to increase also in 2019: the main indicators

In particular, as shown in the following table 1), in 2019 there were in Italy 980 active franchise networks, increased of 19 units compared to 2018. Of the total existing networks, 90% were born in Italy, while 10% are foreign networks. Out of this percentage, 7% of foreign franchise brands are active in Italy through Italian Master franchisees, while the remaining 3% by operate directly with Italian franchisees.

As shown in the following table 2), the franchise networks’ turnover in 2019 amounted to €. 26,153,789,500, increased of 4.4%. The number of the points of sale in Italy is also growing (+ 4.7%) as well and those opened abroad (+ 1.8%); this highlights the propensity and openness to international markets of franchising. The number of employees in the Italian franchising system is also growing (+ 5%), while the average number of employees per points of sale remains unchanged.

Table no. 3) demonstrates how franchising in the last four years in Italy has consolidated the indicators in terms of turnover (+ 12.2%), points of sale (+ 12.5%) and employment flow generated (+ 15.6%) The data relating to the number of active franchise brands are also positive increasing by 3.5%.

3. Geographical distribution of franchising in Italy

Analyzing the distribution of franchising in Italy from a geographical point of view, the Italian territory can be divided into four macro-areas:

The following table 5) shows the franchise points of sale In Italy, divided by single region. The data confirm the regional primacy in the number of franchise stores of Lombardy (9,182), followed by Lazio which, compared to other regions, records the largest percentage increase compared to 2018 (+ 6.1%), while Sicily is in third place with an increase in stores of 4.6% compared to 2018. The Southern area of Italy is the first in terms of number of stores (17,788, up by + 4.8% compared to 2018). In terms of profitability, in 2019 the South area generates the best result, for a total of €. 8,074,678,080 followed by the North-West which in the same period produced € 7,628,601,976; the Center and the North-East are placed immediately after, registering however a very high incidence on total production.

4. Franchising in Italy: description of the different production sectors

The following table 6) indicate the breakdown by macro-product sectors of the franchisors and the relative distribution by Area in Italy. In particular:

the GDO sector represents only a small portion of the total franchising system (4.4%), but has the greatest impact on the total turnover (35.6%), given that the sum of production between GDO food and non-food large-scale distribution generates over 9 billion euros; in 2019, the number of active networks remains unchanged (43).

Table 6): Sectorial breakdown of the networks active in Italy

The extension of the surface includes the exhibition area but also warehouse spaces or service rooms, which in any case affect both the aesthetic and functional level of the structure. The points of sale with an area between 0-20 m2 are those that are least present in the franchising system (1.2%). Small surfaces (between 21 and 60 m2) are the most widespread and growing compared to 2018, going from 38.5% to 39.7%. On the other hand, the number of points of sale decreased between 251 and 500 m2, passing from 12% to 10.3%. Full data are shown in Table 8).

Table 8): Extension of the stores

As regards the duration of the franchise contracts in Italy, table 9) shows that in 2019, about 74% of contracts have a duration between 3 and 5 years, a figure substantially unchanged compared to 2018. Contract duration between 7 and 10 years goes from 4.6% to 8%.

Table 9): Duration of the franchise contract

On this topic you may also be interested in the article: “Franchising in Italy: 2019 confirms Italy as an increasingly attractive market for international franchise brands, but keep attention to the feasibiliy plan!” 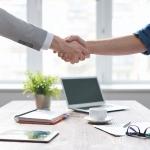 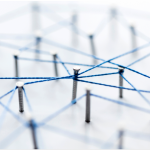 Abuse of economic dependence and franchising: the AGCM initiates an investigation...
Scroll to top
We and selected third parties use cookies or similar technologies for technical purposes and, with your consent, for other purposes as specified in the Cookie Policy. You can freely give, deny, or withdraw your consent at any time by clicking "Manage Consent" at the bottom of the page. You can consent to the use of such technologies by using the “Accept All” button or deny and close the notice by using the "Reject All" button. Settings