The 2020 Assofranchising survey referred to 2019 confirms Italy as an increasingly attractive market for international franchise brands. This is due to a number of reasons, such as that in Italy franchising has grown relatively later than other countries. The economic crisis caused by the Covid epidemic has been impacting deeply all also in Italy, but is having a limited effect on franchises, compared to other commercial activities. But successfully expanding a franchise in Italy requires a very careful planning, in order to avoid possible risks and/or failures. Exporting a franchise in Italy successfully requires for foreign franchisors to understand the peculiarities of this market and to adapt to them, and this must performed through an adequate feasibility analysis, made by local qualified franchise consultants.

1. In 2019 franchising has further grown in Italy, according to the 2020 Assofranchising survey

Franchising has been constantly developing in Italy over the last 30 years, and is increasingly becoming a profitable investment for foreign franchisors.

According to the 2020 survey made by   Assofranchising (the main Italian franchising association), referred to the year 2019, franchising is confirmed as one of the main sectors of Italian economy, with an average yearly increase of 5%.

In fact, the Assofranchising survey shows that all the main franchising performance indicators in Italy are in sharp growth:
• 56,441 stores (2,555 stores opened in 2019);
• 217,150 workers employed in the networks (10,359 new jobs created);
• 980 brands active;
• 100 foreign franchises active, of which 71 master franchisee of foreign franchisors and 29 foreign franchise operating directly with franchisees;
• 26 billion Euros of total turnover (up by + 4,5% compared to 2018).

2. Indexes confirm Italy as an attractive and reliable country for franchise expansion projects

The main indexes considered by international decision makers confirm that Italy is an attractive and reliable country for foreign investments and particularly for franchise expansion projects.

Food&beverage and fashion are currently the leading franchising sectors in Italy, but many others are emerging and constantly growing, such as health, education, fitness, entertainment, financial services, etc.

3. Why is Italy so attractive for foreign franchise brands?

These positive numbers regarding franchising in Italy are not surprising, for number of reasons:
• Italy represents an important world market, with nearly 60 million people, most of whom have a high standard of living compared to many other countries;
• in Italy franchising has grown relatively later than other countries; being relatively new, there are wide market possibilities and, therefore, huge investment opportunities in Italy for foreign franchises;
• many foreign brands are very attractive for italian consumers; this is true not only in the food&beverage sector, but also in wide range of different commercial activities and services (such as health, education, fitness, etc.).
This positive trend is probably going to slow down in 2020 due to the Covid-19 epidemic, but not that much.

The recent economic crisis caused by the Covid storm, although it has been impacting deeply all sectors and activities also in Italy (as well as all over the world), is having a limited effect on franchises, compared to other commercial activities.

As a matter of fact, the characteristics of the franchising model – being the key of the world success of this formula – are making easier for franchisees – rather than other independent entrepreneurs – to face the effects of the crisis.

5. The importance of a feasibilty plan for foreign franchises willing to expand in Italy

But of course, successfully expanding a franchise in Italy is neither easy, nor simple. Rather, it requires a very careful planning, in order to avoid possible risks and/or failures.

Exporting a franchise in Italy successfully requires for foreign franchisors to understand the peculiarities of this market and to adapt to them. As it happens for any company that decides to go international, commercial, cultural and legal differences have a deep impact on the success of the investment.

For this reason, the main features of the Italian environment (market, competitors, financial aspects, structure and legal alternatives, legal regulations, tax aspects etc.) should be carefully analyzed by any foreign franchisor willing to establish its network in Italy, through an adequate feasibility analysis.

6. Who to contact for a feasibility analysis regarding a franchise expansion in Italy?

Given the importance of a (good) feasibility plan concerning the franchise’s expansion in Italy, it is essential that such analysis is made by qualified franchising consultants.

Unlike a franchise feasibility study that a company usually performs (or should perform) in the pre-franchise phase within one single country – to determine if the business is franchise-able – a feasibility study about a planned franchise expansion in Italy cannot be done in-house by existing personnel; it is essential to rely on local (i.e. Italian) assistance and expertise.

As a matter of fact, issues such as market analysis, operational and organizational issues, changes to the franchise concept, distribution chain, IP etc. need to be performed by qualified Italian franchise consultants, who know well the Italian franchising environment and are able to perform a critical strategic franchise planning about the expansion in Italy.

Franchising and preliminary agreements in Italy: the letters of intent (LOI... 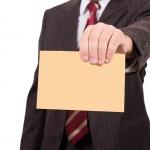 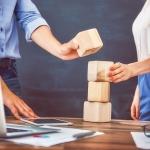 Exporting a franchise in Italy: the importance of a (good) feasibility plan
Scroll to top
We and selected third parties use cookies or similar technologies for technical purposes and, with your consent, for other purposes as specified in the Cookie Policy. You can freely give, deny, or withdraw your consent at any time by clicking "Manage Consent" at the bottom of the page. You can consent to the use of such technologies by using the “Accept All” button or deny and close the notice by using the "Reject All" button. Settings