Despite the Covid epidemic, the number of franchises in Italy, including franchises coming from abroad, is increasing year by year. But expanding successfully a franchise in Italy requires a very careful planning, performed through a serious feasibility plan, in order to avoid possible risks and/or failures. A good feasibility plan should address all aspects of the franchise development program in Italy, including an economic analysis and a legal and tax analysis, taking into consideration all the key factors that may influence the future success of a franchise in Italy. A feasibility plan about a planned franchise expansion in Italy must be realistic, in order to guide the foreign franchisor in its decision about whether and how to export its franchise brand in the Italian territory, and it needs to be performed by qualified local franchise consultants.

1. Why foreign franchises are constantly growing in Italy, notwithstanding the Covid epidemic?

Despite the Covid epidemic, the number of franchises in Italy, including franchises coming from from abroad, is increasing year by year, as shown by the 2020 survey made by   Assofranchising . In fact, the Italian market is increasingly attracting foreign franchises, as it is perceived to represent huge, untapped potential.

This is not surprising, for number of reasons.

Firstly, Italy is a country where franchising has grown relatively later than other countries, including Eu countries. Being relatively new, there are still wide market possibilities and, therefore, huge investment opportunities in Italy for foreign franchieses.

Secondly, many foreign brands are very attractive for italian consumers. This is true not only in the food&beverage sector, but also in wide range of different commercial activities and services (such as health, education, fitness, entertainment, financial services, etc.).

Thirdly, the recent economic crisis caused by the Covid epidemic, although it has been impacting deeply all sectors and activities, is having a limited effect on franchises, compared to other commercial activities, such as happened in the food&beverage sector (read: Franchising Food&Beverage in Italy during the Coronavirus crisis: an opportunity for innovation). As a matter of fact, the features of the franchising model – being the key of its the world success – are making easier for franchises to face the effects of the crisis, and in fact Italian franchises have been facing the emergency in a positive and proactive way, considering it as an opportunity to change their activity (read: Coronavirus emergency in Italy: legal issues and franchisors’ reactions).

2. Why is a feasibility plan so important for foreign franchises willing to expand in Italy?

But of course, expanding a franchise in Italy is neither easy, nor fast. Rather, it requires a very careful planning, in order to avoid possible risks and/or failures.

This is true for any foreign franchise (including those coming from the EU), but particularly for franchises coming from countries having a legal, cultural and economic situation different from Italy (such U.S., Australia, China, Russia, India etc.).

There are many examples of famous and successful franchise brands that have faced failures, even ruinous, once landed Italy. In almost all cases, the main reason for such failures is only one: these brands thought to expand their franchise in Italy by simply extending their business and legal model, without performing a feasibility plan, serious and specific for the Italian territory.

Unfortunately, some franchise companies believe that it is possible to enter the franchise Italian market with no real strategic franchise planning – other than “let’s try and sell a lot of franchises also in Italy”. They rush through (or, in the worst case, entirely neglect) the strategic franchise planning process, embarking upon international franchising transactions in response to solicitations received over the Internet or at franchise expositions, thereby creating future marketing problems, franchise lawsuits waiting to happen, or even worse, failure. They simply ignore a simple principle: failing to plan is planning to fail.

3. When can a feasibility plan be considered a “good” one for foreign franchises?

But what are the main factors to consider in a feasibility plan made by a foreign franchise willing to expand in Italy?

In other terms: when can a feasibility plan be considered a “good” one for foreign franchises?

This process should take into consideration all the key factors that may influence the future success of a franchise in Italy. On a general level, the goal of a franchise feasibility study concerning a franchise expansion in Italy is to:

Apparently, a franchise feasibility study concerning the franchise’s expansion in Italy is similar to the (first) feasibility analysis that a franchise brand performs (or should perform) in the pre-franchise phase within its country of origin – i.e. to determine if the business was “franchise-able”.

Therefore, the first original feasibility analysis performed by a foreign franchise brand can be used only as a starting point for the planned expansion in Italy, but needs to be completely revised from scratch.

4. What should a “good” feasibility plan about the expansion of a given franchise brand in Italy contain?

Although the content of a feasibility plan may vary depending on the specific features of each specific expansion project into the Italian territory, there are some general items that every “serious” plan should carefully cover.

The goal of a franchise expansion program in Italy should be to establish enduring and successful franchise relationships with qualified individuals who support the franchisor’s goals and image. This requires a comprehensive strategy and vision that addresses all aspects of the franchise development program in Italy.

Very briefly, a feasibility plan about a planned expansion of a franchise in Italy can be roughly divided in two parts:

5. Who should perform the feasibility analysis regarding a franchise expansion in Italy?

Given the importance of a (good) feasibility plan concerning the franchise’s expansion in Italy, it is essential that such analysis is made by qualified franchising consultants.

Unlike a franchise feasibility study that a company usually performs (or should perform) in the pre-franchise phase within one single country – to determine if the business is franchise-able – a feasibility study about a planned franchise expansion in Italy cannot be done in-house by existing personnel; it is essential to rely on local (i.e. Italian) assistance and expertise.

As a matter of fact, issues such as market analysis, possible changes to the franchise concept etc. need to be performed by qualified Italian franchise consultants, who know well the Italian franchising environment and are able to seriously perform a critical strategic franchise planning about the expansion in Italy.

In fact, a feasibility plan about a planned franchise expansion in Italy should have one basic feature: it must be realistic, in order to guide the foreign franchisor in its decision about whether and how to export its franchise brand in the Italian territory. A realistic plan needs to be performed by qualified local franchise consultants.

Franchising in Italy: 2019 confirms Italy as an increasingly attractive market... 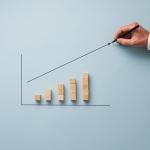 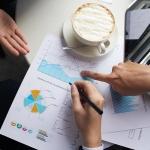 The economic and financial analysis of a planned franchise expansion in Ita...
Scroll to top
We and selected third parties use cookies or similar technologies for technical purposes and, with your consent, for other purposes as specified in the Cookie Policy. You can freely give, deny, or withdraw your consent at any time by clicking "Manage Consent" at the bottom of the page. You can consent to the use of such technologies by using the “Accept All” button or deny and close the notice by using the "Reject All" button. Settings