One of the most critical issues that any franchise company will face while approaching the Italian market is the choice of the right structure to use for its expansion. By adopting direct franchising, the franchisor has a direct legal relationship with franchisees. This model has some pros, but also many cons. For these reasons, this form of entering the Italian market is probably the most difficult for foreign franchisors. Variants widely used of the direct franchising model include Area representatives, Area Developers and subsidiaries.

1.The importance of the structure used for international expansion

One of the first questions that any franchise company will face while approaching the Italian market involves the choice of the right structure to use for its expansion. This is a critical issue, since the decision about the organizational model (read: How to expand a franchise in Italy) for the franchise expansion in Italy is likely to have a dramatic impact on the success of the whole project.

No single vehicle is ideal for an Italian expansion. For this reason, most networks grow internationally by using different organizational forms, rather a single one. The two most commonly used models to expand franchises in Italy are:

In direct franchising, the franchisor sells franchises and attempts to directly support those franchises in Italy, having a direct legal relationship with franchisees.

By adopting a direct franchise approach, the franchisor takes direct responsibility for recruiting, training, and supporting the Italian franchise network. This structure has some advantages, since the franchisors can maximize :

3.How and when direct franchising is used in Italy

This form of entering the Italian market is probably the most difficult for foreign franchisors. According to the 2020 survey made by  Assofranchising, only 30% of foreign brands have adopted this model in Italy so far, for the reasons briefly explained above.

In fact, unless the nature of a franchised business is such that the returns from a single location are quite substantial, or unless the number of franchised units that a company can establish in Italy are relatively few, the costs of direct franchising into the Italian market is generally not warranted by the anticipated returns. While some European franchisors favor this method of expansion in Italy, it’s cumbersome when it comes to more distant foreign markets, such as U.S., Australia or China.

Statistically, foreign franchisors rely upon a direct franchising strategy for their growth in Italy when:

The drawbacks of direct franchising outlined above can be overcome, at least partially, by adopting some variants of this model.

Single-unit franchisees, who tend to be smaller and less sophisticated independent owner/operators, generally require greater levels of support than would a more sophisticated multiple-unit franchisee. For this reason, foreign franchisors that adopt a direct franchise approach for their expansion in Italy usually need to be provided with a number of services by Italian franchise brokers (such as selection and recruiting of franchisee candidates, training, consultancy etc.), regulated by an Area representative agreement.

Instead of a single-unit relationship with the Italian franchisees, foreign franchisors may decide to adopt use a multi-unit franchise approach, selecting an adequate Italian Area developer, with the task of expanding the franchise in a given Italian area, under a specific development plan.

Finally, instead of dealing directly with the Italian franchisees through long-distance control from the headquarters, franchisors may use a subsidiary office in in Italy. A subsidiary is a business entity that has stock shares controlled by the franchisor’s company. Establishing an Italian subsidiary provides the foreign franchisor with several benefits, but it also presents some drawbacks (such as costs).

Planning a franchise expansion in Italy: the legal due diligence 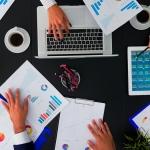 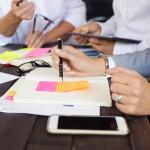 Expanding a franchise in Italy through Master franchising: how it works, why...
Scroll to top
We and selected third parties use cookies or similar technologies for technical purposes and, with your consent, for other purposes as specified in the Cookie Policy. You can freely give, deny, or withdraw your consent at any time by clicking "Manage Consent" at the bottom of the page. You can consent to the use of such technologies by using the “Accept All” button or deny and close the notice by using the "Reject All" button. Settings