For a variety of reasons, franchise companies may decide to expand their franchise in Italy directly, by establishing a subsidiary in Italy, which will deal directly with franchisees.

Unlike a franchise, an affiliate or a branch, a subsidiary is a business entity that has stock shares controlled by the franchisor’s company.

Another advantage of a foreign-owned subsidiary is that the parent company can share its resources, especially the financial systems, administrative services and marketing strategies that have proven successful in the past. Rather than starting from scratch, the subsidiary receives a framework, from which it can quickly ramp up its franchise operations. This not only helps ensure the foundation of the subsidiary is strong, it also saves time and money. In addition, the parent company can provide cash flow and investment, should the subsidiary suffer unexpected losses.

Establishing a foreign subsidiary also enables a parent company to expand its target consumer and to introduce its products and services to a new group of Italian prospects. This not only generates revenue in Italy, but also it can have the tangential effect of helping the subsidiary access markets in neighboring countries.

On the other hand, establishing a subsidiary in Italy may have some risks.

Disadvantage 1: Subsidiary can be expensive

One of the major drawbacks of a foreign-owned subsidiary is that establishing this business can eat up the financial resources of a parent company. That’s why the parent company must conduct feasibility studies to determine not only what the costs are to get the subsidiary up and running but also what it will cost in the next years to sustain that subsidiary, based on various economic factors.

By definition, a foreign-owned subsidiary is a company that didn’t develop organically from the country in which it operates. As a result, there are cultural and political challenges that may arise, which could negatively affect the success of that subsidiary. 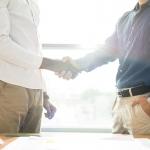 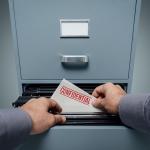 Franchise know-how in Italy: what it is, how it is regulated, how it is pro...
Scroll to top
We and selected third parties use cookies or similar technologies for technical purposes and, with your consent, for other purposes as specified in the Cookie Policy. You can freely give, deny, or withdraw your consent at any time by clicking "Manage Consent" at the bottom of the page. You can consent to the use of such technologies by using the “Accept All” button or deny and close the notice by using the "Reject All" button. Settings