If the AGCM ascertains the deceptiveness of an advertising message, it can impose heavy sanctions, including pecuniary sanctions up to 500.000,00 euros. The AGCM decision can be appealed in front of the administrative judge, who in most cases confirms the decision. But there are additional, and perhaps more serious, risks which the franchisor can meet in case of an AGCM decision misleading advertising, such as damage of image and compensation of damages suffered by ex franchisees.

The sanctions that can be imposed by the AGCM

If the AGCM ascertains the  deceptiveness of an advertising message, it can:

If the emergency measures and the injunctions or the removal of the effects of the AGCM’s message are not respected by the recipients, the AGCM applies a further pecuniary sanction from 10,000.00 to 150,000.00 euros and, in the case of repeated violation of these measures or decisions, it can order the suspension of the business activity up to 30 days.

The quantification of the pecuniary sanction is based on a number of criteria set out in art. 11 of the Law n. 689/81, such as:

The AGCM decision can be appealed in front of the administrative judge (TAR – Consiglio di Stato). However, the TAR and the CdS can only check the mere legitimacy (violation of the law – excess of power), or the unfounded groundlessness of the decision of the AGCM in terms of the logic, consistency and completeness of the motivation. The merits, that is, the deception of the message is not evaluated.

For this reason, in most cases the TAR confirms the decision of the AGCM. Therefore it is advisable to appeal against the decisions of the AGCM only in the event of manifest groundlessness or illogicality of the AGCM decision.

Apart from pecuniary sanctions, there are additional, and perhaps more serious, risks which the franchisor can meet in case of an AGCM decision misleading advertising.

A ruling by the AGCM for misleading advertising in fact causes the franchisor a significant indirect economic damage, given by the commercial discredit and the damage of image resulting from the publication of the decision and the news in the media.

This type of damage can be very serious, because it can concern the entire franchise network, hinder its development and causing internal repercussions that can jeopardize its existence on the market.

There is also a further potential economic damage, consisting of the possibility of compensation actions before the ordinary judge.

In fact, the subjects who consider themselves damaged by the misleading advertising message [link articolo 6] (franchisees, former franchisees) can (as well as make a complaint to the AGCM), resort to the court before the ordinary judge, to claim compensation for damages.

In this case, the injured party (for example, an ex-affiliate) could demonstrate that misleading advertising has caused a defect in the formation of his will, determining the consent to the conclusion of the franchise contract (fraud or error).

Or, a competitor of the franchisor (e.g. another franchise network, operating in a similar sector) could demonstrate that the misleading advertising message constituted an act of unfair competition, pursuant to art. 2598 of the Italian Civil code.

Consequences of non compliance with the Italian Law on advertising might be quite severe for foreign franchisors. Therefore, careful planning and adequate legal counseling from a local law firm is highly recommended.

Advertising the franchise in Italy: the role of the Italian Authority (AGCM... 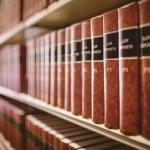 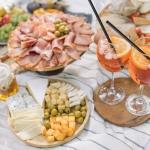 Franchising Food&Beverage in Italy during the Coronavirus crisis: an opportunity...
Scroll to top
We and selected third parties use cookies or similar technologies for technical purposes and, with your consent, for other purposes as specified in the Cookie Policy. You can freely give, deny, or withdraw your consent at any time by clicking "Manage Consent" at the bottom of the page. You can consent to the use of such technologies by using the “Accept All” button or deny and close the notice by using the "Reject All" button. Settings