Under Italian law, a franchise agreement can be stipulated either for an indefinite period of time. However, in Italy franchising agreements have usually a fixed term. According to Italian Franchise Law, therefore, franchising agreements must have a minimum duration of three years. In fixed-term franchising contracts the parties cannot freely withdraw, unless this is expressly provided for in the contract.

1. Duration of franchising agreements according to Italian Franchise Law

Under Italian law, a franchise agreement can be stipulated either for an indefinite period of time (i.e. without a deadline) or for a fixed term (i.e. with a specific expiry date, after which. the contract ceases).

However, in Italy franchising agreements have usually a fixed term. The provision of a contractual deadline is justified, on the one hand, by the possibility that any failure to renew constitutes a stimulus for the activity of the franchisee, and, on the other hand, by the fact that the franchisor can negotiate the possible renewal of the contract from a position of strength, on the assumption that the franchisee, rather than facing the risks of a new activity and of losing the investments already made, will be willing to accept the new conditions asked by the franchisor.

Contract renewal clauses can be of various types; for example, there are clauses providing for a deadline within which the franchisee must express his willingness to renew the contract, and the possibility of the franchisor to adhere to the request, based on a discretionary assessment or on the achievement of specific parameters (such as the achievement of certain sales volumes, or the correct fulfillment of contractual obligations). Sometimes the franchisee’s obligation to pay the franchisor a specific fee, generally lower than the initial amount, is required.

The duration of the franchise agreement is not entirely subject to the contractual freedom of the parties.

Article 3 of Law 129/2004 on franchising provides that the franchisor must in any case guarantee the franchisee a minimum duration sufficient to depreciate the investment and in any case not less than three years.

According to Italian Franchise Law, therefore, franchising agreements must have a minimum duration of three years. Such rule aims to avoid that the franchisee, having made investments in the initial phase of the relationship, is forced to accept heavy contractual conditions by the franchisor, who threatens to terminate the contract early (through the exercise of the right of withdrawal), or not to renew the contract itself.

Franchise agreements usually contain a withdrawal clause, giving the right to terminate the contract by virtue of the mere will of one of the parties, regardless of the existence of any default by the other party. Withdrawal clauses have a different discipline depending on whether the franchise contract is for an indefinite period or for a fixed term.

In the first case, each of the parties may always withdraw at any time, even in the absence of an express contractual clause, subject to adequate prior notice, by virtue of the general principle that excludes the perpetuity of the mandatory obligations. In general, the minimum duration of the notice period is left to the autonomy of the parties.

If the parties have not provided for the period of notice in the contract, and a dispute arises on this point, the congruity of this period will be assessed by the judge, based on the general principle of contractual good faith. In practice, the judge will evaluate a series of elements, such as the duration of the pre-course relationship, the expectation of the counterparty to continue the relationship, the investments sustained by the party who suffers the withdrawal, the amount of the stock lying in the warehouse, etc. To eliminate the uncertainty related to the judge’s discretion, it is advisable to include in the contract the notice period for the withdrawal, quantifying it in a suitable measure.

In case of failure or insufficient notice, the withdrawal is still valid and effective, but the withdrawing party will be required to pay compensation in favor of the other party. If the franchisor withdraws without adequate notice, the compensation in favor of the franchisee will generally consist of the net lost profits that the franchisee would have realized during the period of notice and of the expenses incurred by the same for the organization and promotion of sales in anticipation of the longer duration of the relationship (non-recoverable investments, stock of products). Of course, it is possible (and indeed advisable) that the parties expressly foresee in the contract the consequences in the event of failure or insufficient notice, eg. providing for compensation for damages (penalty clause) against the withdrawing party.

In fixed-term franchising contracts – which as stated above represent the most frequent case in Italy – instead, the parties cannot freely withdraw, unless this possibility is expressly provided for in the contract. In this case, franchising agreements usually do not include the right to withdraw by the franchisee, because the franchisor has an interest that the franchisee remains bound by the contract for the entire duration of the agreement. Instead, it is common for the franchisor to reserve the right to withdraw from the contract. Even in this case, the withdrawal must in any case allow the minimum duration of the contract envisaged by the law, previously described.

Consequences of non compliance with the Italian Franchise Law might be quite severe for foreign franchisors. Therefore, careful planning and adequate legal counseling from a local law firm is highly recommended. 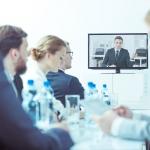 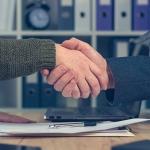 Termination of franchise agreements in Italy
Scroll to top
We and selected third parties use cookies or similar technologies for technical purposes and, with your consent, for other purposes as specified in the Cookie Policy. You can freely give, deny, or withdraw your consent at any time by clicking "Manage Consent" at the bottom of the page. You can consent to the use of such technologies by using the “Accept All” button or deny and close the notice by using the "Reject All" button. Settings