According to a Fipe-Confcommercio Report, in 2017  food&beverage spending in Italy was approximately 83 billion Euros, with a real increase of 3% over the previous year. The impact of the crisis on home food consumption (-10.5%, equal to a decrease of € 15.9 billion Euros between 2007 and 2016) has caused a significant increase of the restaurant’s food consumption, reinforcing the belief that Italians are people who like to eat out of home. In fact, about 36% of the Italian total food consumption trend is outside home, with a moderate but steady growth.

According to the latest findings, in the archives of the Italian Chambers of Commerce are active about 330.00,00 catering businesses. Lombardia is the first region for number of companies in the sector, with a share of 15.4%, followed by Lazio (10.9%) and Campania (9.5%). The network of public exercises is therefore wide and articulated on the whole national territory.

In Europe,  food&beverage industry is worth 1.522 billion Euros, 63.1% in the domestic channel and the remaining 36.9% in catering. But among the Countries, variability is significant. In Germany, catering accounts for less than 30% of total food consumption, 47.6% in the United Kingdom, 53.6% in Spain and even 59% in Ireland. In Italy the share stands at 35%, six percentage points above France. In terms of absolute values, Italy is the third catering market in Europe, after UK and Spain.

In Italy, over 39 million people consume meals outside home as follows:

As for dinner, 60.9% of Italians have at least one dinner away from home per month. The price range for a typical dinner is between 10 and 20 Euros, even if more than a third of Italians reserve a single dinner from 21 to 30 Euros.

The main criteria for choosing where to eat outside home are: quality of food (50%), proximity to the workplace (30%), speed of service and attention to the wallet (10%).

The relationship between shopping and catering is stronger than ever and the growth recorded by food & beverage in recent years, particularly in shopping centers, is remarkable. This trend will last for the future as the offer of a high quality restaurant is now a critical success factor for the main shopping destinations. An increasing number of structures are incorporating formats that combine the shopping experience with the consumer experience and with entertainment, intercepting the growing number of consumers towards the gastronomic culture. The increase in the supply of restaurant services within shopping centers is clearly driven by the rapid growth in consumption outside home.

According to the research, food&beverage spending outside home in Italy will continue to grow in the next decade, hand in hand with the propensity of consumers to enrich their shopping experience with moments of sociability and leisure. 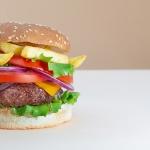 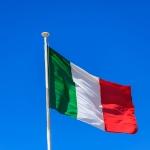 Franchising in Italy: 2017 was a record year
Scroll to top
We and selected third parties use cookies or similar technologies for technical purposes and, with your consent, for other purposes as specified in the Cookie Policy. You can freely give, deny, or withdraw your consent at any time by clicking "Manage Consent" at the bottom of the page. You can consent to the use of such technologies by using the “Accept All” button or deny and close the notice by using the "Reject All" button. Settings