1.What are the not to compete covenants after the termination of a franchise agreement and what are they for?

As well known, the franchise is essentially characterized by the transmission from the franchisor to the franchisees of a complex of faculties and rights (the so-called franchise package ), among which mainly the Know-how. It is therefore essential for every franchisor to protect this wealth of information, not only during the franchise contract, but also (and above all) after the termination of the same.

The PCA therefore serves the franchisor to prevent the franchisee, after the end of the contract, by regaining the possibility of managing its own company independently, possibly also in the same commercial branch and in the same area in which it operated during the franchise relationship, take away from the former franchisee the customers with whom you had previously contacted, or otherwise exploit the knowledge and experience acquired in the franchising network to his or other’s advantage, consequently damaging the franchisor and the entire franchise network .

2.The importance of PCAs to protect franchisor’s know-how

One might ask: being the Know-how owned by a franchisor already protected by Italian Law, why a PCA should be needed?

For example, franchisors are required to take adequate internal procedural measures in order to keep their Know-how secret; but it not simple to take such measures. Additionally (and above all), is not easy to demonstrate that an ex-franchisee has really used the franchisor’s Know how to conduct his business after the end of the franchise contract.

3.The “hidden” purpose of PCAs

This is the purpose let’s say “good” of the PCA. And it is for this purpose that the PCA – despite that it represents a strong limitation on the freedom of competition – is considered lawful from a legal point of view, albeit within certain limits.

Alongside this purpose, however, there is often another one, less “good” of the PCA.
Frequently, in fact, a PCA is inserted in a franchise contract not really to protect the know-how of the franchisor, but as a deterrent against the termination of the contract by the franchisee. This is especially true when, as often happens, there is a huge penalty in case of violation of this agreement.

In fact, the franchisee, since he cannot (legally) carry out the same activity that it carried out within the franchise network for a certain period of time after the end of the relationship with the franchisor, is highly discouraged from leaving the network; on the contrary, he is “encouraged” to stay there, renewing the contract. This happens especially if the franchisee has made high investments to join the franchise, and/or has no possibility of carrying out activities other than those carried out when it was part of the network.

Imagine the above mentioned example of the real estate brokerage franchising network. Suppose that a franchisee has come close to the end of the franchise contract and would like for some reasons to terminate it (for example by sending a withdrawal communication within the term fixed in the franchise agreement, in order to avoid the automatic renewal of the same). Very likely the franchisee would be willing to continue his activity as real estate broker on his own (or by joining another network), since this is the activity he is able to do and has invested in; but if a PCA is inserted in the franchise contract, he won’t be able to do it legally.

Therefore, he will be forced to remain in the franchise network for another term (even if he wished to exit from it), or, as an alternative, he will have to hardly negotiate with the franchisor to pay a penalty (that will be probably high, since the franchisor will not want lo loose the revenues he would get from the franchisee throughout the franchise agreement term).

4.What are the legal limits of validity of a post-contractual non-competition agreement in a franchise contract?

The payment of a fee in favor of the franchisee is not required for the validity of a PCA. This of course does not prevent that, in the general economy of the franchise agreement, the PCA is taken into account by the parties, for example in relation to the exclusivity clause or to the royalties that must be paid by the franchisee.

Instead, the PCA requires, according to the Italian Civil Code, a specific double subscription by the franchisee for its validity, since it is a restrictive clause and the franchise agreement is almost always a standard contract prepared by the franchisor.

Furthermore, since this agreement has the effect of strongly compressing the franchisee’ freedom of economic initiative, it is subject to European antitrust legislation. In fact, franchise agreements, if they have significant effects on the Italian market (which almost always happens), are subject to European antitrust rules, and in particular to EC Regulation n 330/2010, directly applicable to franchise agreements entered into in Italy.

In particular, according to the EC Regulation n. 330/2010, PCA are lawful, if they actually serve to protect the transfer of know-how from the franchisor to the franchisee. According to the Italian law on franchise agreements (Law n. 129/2004), know-how, from a legal point of view, consists in a wealth of practical knowledge deriving from experiences and tests performed by the franchisor, which must be secret, substantial and identified. Italian case law has stated that a PCA included in a franchise contract is not valid when there is no real know-how transferred to the franchisee, such as when no training was given to the franchisee.

5.What happens if a franchisee violates a PCA?

How can the franchisor be protected in this case?

First of all, if the PCA has been formulated correctly and in detail in the franchise contract, the franchisee is prohibited from carrying out competitive activities in any way, both directly and indirectly. In this way, even if the franchisee uses subsidiaries, relatives or nominees, the franchisor can still prohibit the conduct of the competing business.

Secondly, Italian law allows the franchisor to effectively protect its interests by promoting an injunction, pursuant to art. 700 of the Italian Civil Procedural Code, asking for an order by the Judicial Authority to prohibit the franchisee from further competing. Such order can be usually obtained in a very short time, compared to an ordinary judgment.

Finally, the franchisor can obtain compensation for damages suffered as a result of the competing activity carried out by the former franchisee. This compensation can be significantly facilitated, from a quantitative point of view, by inserting in the franchise contract a specific penalty clause, linked to the violation of the PCA. However, in order to obtain such compensation, an ordinary lawsuit is needed, and therefore there are longer times than those of obtaining an injunction.

In order to protect effectively franchisors from unlawful conducts from franchisees, careful draft of PCA’s through adequate legal counseling from a local law firm is highly recommended. 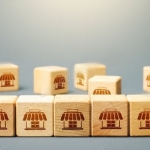 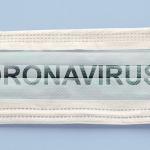 Coronavirus emergency in Italy: what should franchisors do (and what are they...
Scroll to top
We and selected third parties use cookies or similar technologies for technical purposes and, with your consent, for other purposes as specified in the Cookie Policy. You can freely give, deny, or withdraw your consent at any time by clicking "Manage Consent" at the bottom of the page. You can consent to the use of such technologies by using the “Accept All” button or deny and close the notice by using the "Reject All" button. Settings