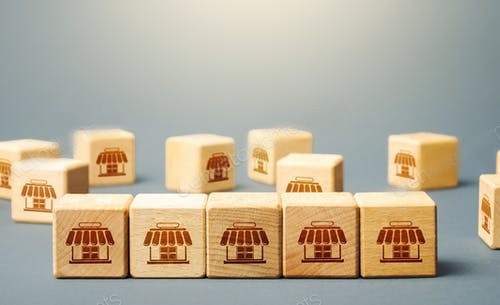 1.The forms of consideration in Italian franchise agreements

Entry fees are defined by art. 3 of Italian Law no. 129/2004 on franchising as “a fixed amount related to the economic value and development capacity of the network, which the affiliate pays at the time of signing the franchise contract“. This amount is justified in the goodwill that the franchisee gets to use by entering the franchise network and in the expenses incurred by the franchisor for the experimentation of the franchise system, the management of the network. the search for new affiliates, etc.
According to the Italian Law no. 129/2004 on franchising, prospective franchisees must be informed by franchisors, in the disclosure document , about the entry fee requested.
The entry fee is usually requested as a one-off payment by the franchisee at the beginning of the relationship. However, the entry fee is not considered binding by Italian Franchise Law; in fact, sometimes it is not requested by the franchisor, as it usually happens in the franchises for the distribution of goods, since it is absorbed in the sale price of goods (as we will see below).

Royalties are defined by art. 1 of the Italian Law no. 129/2004  on franchising as “a percentage that the franchisor requires from the franchisee commensurate with the turnover of the same or in a fixed amount, to be paid also in fixed periodic amounts“. This is an amount, to be paid periodically, which basically constitutes the consideration for the franchisor’s concession of the franchise package (trademark use license, know how license, assistance services, training, etc.).
Royalties can be basically calculated in two different ways:

These two forms of royalties may intersect with each other, resulting in various combinations. For example, it is possible for the franchisee to pay a fixed monthly royalty, and at the same time a royalty as a percentage of the franchisee’s turnover, which will be equalized (if higher) with the first to the end of the year.
It is also common in Italian franchise practice – especially in service franchising, in which the franchisee does not purchase goods from the franchisor, so that the extent of the royalties due from the former directly depends on the collections made – contractual clauses according to which the franchisee, without prejudice to a calculation criterion of royalties on a percentage basis, is in any case obliged to pay a minimum amount of  royalties to the franchisor, on an annual basis, regardless of the actual turnover developed (or to develop a specific minimum turnover, on which the royalties are calculated ).
The provision of a minimum royalty (or a minimum turnover) is mainly functional to the achievement of three different objectives:

In fact, another common form of remuneration for franchisors is to receive, in the face of the transmission of the franchise package to franchisees, periodic service fees for assistance, consultancy and training, independent of the franchisee’s turnover, and in general from sales.
In addition, very frequently, especially in franchise contracts for the distribution of goods and retail, franchisees, in addition or as an alternative to royalties and services’ fees, are obliged to purchase from the franchisor and/or from its suppliers a minimum quantity of goods, to a fixed given price, in which the franchisor’s remuneration is incorporated. In such case, franchisors are remunerated by the surcharge received for the products supplied to the franchisees (so-called indirect or hidden royalty).
This form of indirect consideration (not based on royalties or fees) generally encourages the franchisee to maximize sales (and generate greater profits), which also produces positive effects on the franchisor’s turnover. On the other hand, usually franchisors are naturally driven to concentrate its resources on the production/distribution of goods (which in this case is the only source of their income), rather than in the development of the franchise package (trademarks, services, know-how etc.).
Franchisors can, of course, freely determine – and therefore impose on the franchisee – the purchase price of their goods or services. Frequently franchisors expressly reserves the right to unilaterally vary (usually increasing) the prices of the goods sold to the franchisees, during the course of the contract. This provision is valid according to Italian Law, provided that the franchisor does not abuse it, for example by suddenly and without warning or unjustifiably increasing prices. However, this is considered a vexatious clause for the affiliate, and therefore as such it must be expressly accepted in written by the latter, pursuant to the Italian Civil Code.
On the other hand, franchisors cannot, in general, oblige the franchisees neither to charge a certain minimum price of the goods to the public (imposed resale price), even indirectly (e.g. guarantee discounts or reimbursements of promotional costs provided that it is observed a certain price level), nor to charge a fixed price. This is in fact prohibited by both Italian and EC competition law.
This prohibition conflicts with the franchisor’s need for the affiliates participating in the network to practice uniform prices, or at least not below a certain limit. This need is aimed at maintaining enough degree of control over the whole franchise commercial strategy, since the diversity of prices charged by the affiliates could harm the reputation of the network and the brand.
These franchisors’ legitimate interests can be satisfied by giving them the contractual right to indicate to the franchisees a reference parameter for the determination of the retail price, or to suggest such price, in a non-binding way.
However, EC Regulation no. 330/2010 on vertical agreements expressly allows franchisors to impose resale prices to the public on franchisees in two cases, namely:

IP rights in Italy: how franchisors can protect their trademark and brand n... 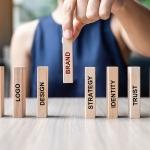 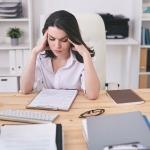 Not to Compete Covenants after the termination of franchise agreements in I...
Scroll to top
We and selected third parties use cookies or similar technologies for technical purposes and, with your consent, for other purposes as specified in the Cookie Policy. You can freely give, deny, or withdraw your consent at any time by clicking "Manage Consent" at the bottom of the page. You can consent to the use of such technologies by using the “Accept All” button or deny and close the notice by using the "Reject All" button. Settings